[High- tech LED reporter Zhao Hui] The refinancing problem that once plagued the GEM listed companies was finally resolved at the policy level.

On May 16, the China Securities Regulatory Commission officially issued the revised Measures for the Administration of Initial Public Offerings and Listing on the Growth Enterprise Market, and the newly established Interim Measures for the Administration of Securities Issuance of GEM-listed Companies, which will be implemented as of the date of promulgation.

Previously, the two methods have passed the commentary phase of more than a month.

â€œIt highlights the positioning of the GEM market, helps to meet the financing needs of more SMEs, and is highly operational.â€ This is the common understanding of the two approaches.

The threshold for the initial threshold of the GEM and the refinancing method to highlight the small, fast and flexible innovations have become the highlight of this reform.

Now, the high â€œthresholdâ€ that has hindered the listing of emerging industries such as LEDs is falling, and emerging industry companies are expected to usher in a new wave of listings on the GEM.

GEM companies that have already listed can also make mergers and acquisitions through refinancing and other means, and become bigger and stronger.

This means that the income is above a certain scale, and only one year of profitable enterprises can be listed on the GEM, and the reporting enterprises are no longer limited to the nine major industries.

The implementation of the new measures will pave the way for a large number of LED companies that are affected by the economic environment and market fluctuations and cannot achieve profit for two consecutive years.

Since last year, several LED companies have terminated the IPO review, and many of them have not been able to maintain their earnings for two consecutive years and have no choice but to suspend the IPO.

"The new regulations are undoubtedly a big benefit for companies that want to go public, especially those that have good growth but whose performance is highly volatile due to macroeconomic and industrial development." Researchers with brokerages believe that they have already launched listings because of poor performance. The company is likely to "return".

These companies that have experience in IPO filing and have terminated IPOs due to â€œslow performanceâ€ are also considered by brokerage institutions to be the most likely to rekindle the ambitions of GEM due to the New Deal.

"High-tech LED" reporter learned that those LED companies that have withdrawn IPOs have not given up, and there is still a willingness to list. The GEM is the most considered option. After the New Deal came out, LED companies have already consulted with brokers about the situation.

"Most of the companies listed on the GEM are emerging industries like LEDs. They are in a high-speed growth period. If they can't refinance for a long time, it is not conducive to the long-term development of the company." The LED company listed in the company believes that the LED industry is now During the integration period, M&A needs the support of funds, and the introduction of refinancing methods can be described as timely rain.

Gui Haoming, marketing director of Shenyin Wanguo Securities Research Institute, also said in a research report that a number of key enterprises in the various sub-sectors have emerged in the GEM companies. This is inseparable from the borrowing of the capital market and the accelerated development of funds through IPO. A reasonable and efficient refinancing system can be described as a new leap for these companies.

Since the beginning of last year, the integration tide of the LED industry has been rising, and M&A has been frequent.

"The cost performance of LED lighting products has a strong advantage. The outbreak of the lighting market is certain. This year is mainly to test whether the performance of LED companies can meet market expectations." Zhou Yi, a researcher at Huatai Securities, believes that LED companies rarely have Enterprises with an output value of more than 1 billion yuan, how to quickly become bigger and stronger, need more mergers and acquisitions, restructuring, and shareholding in the LED industry.

The initial design of indoor fixed installation Led Display Screen mainly designs the size and model of the screen body according to the site conditions. The screen body size can be designed as 16:9, 2:1 or 4:3, etc. if the scene requirements are relatively long, multi screen display or screen cutting display can be designed. The screen model is generally based on the closest distance between the front row audience and the screen. Generally, the product of what model is used for the distance of how many meters, such as pH4 for the distance of 4 meters, pH2 for the distance of 2 meters, etc. Such a choice is also the most cost-effective. 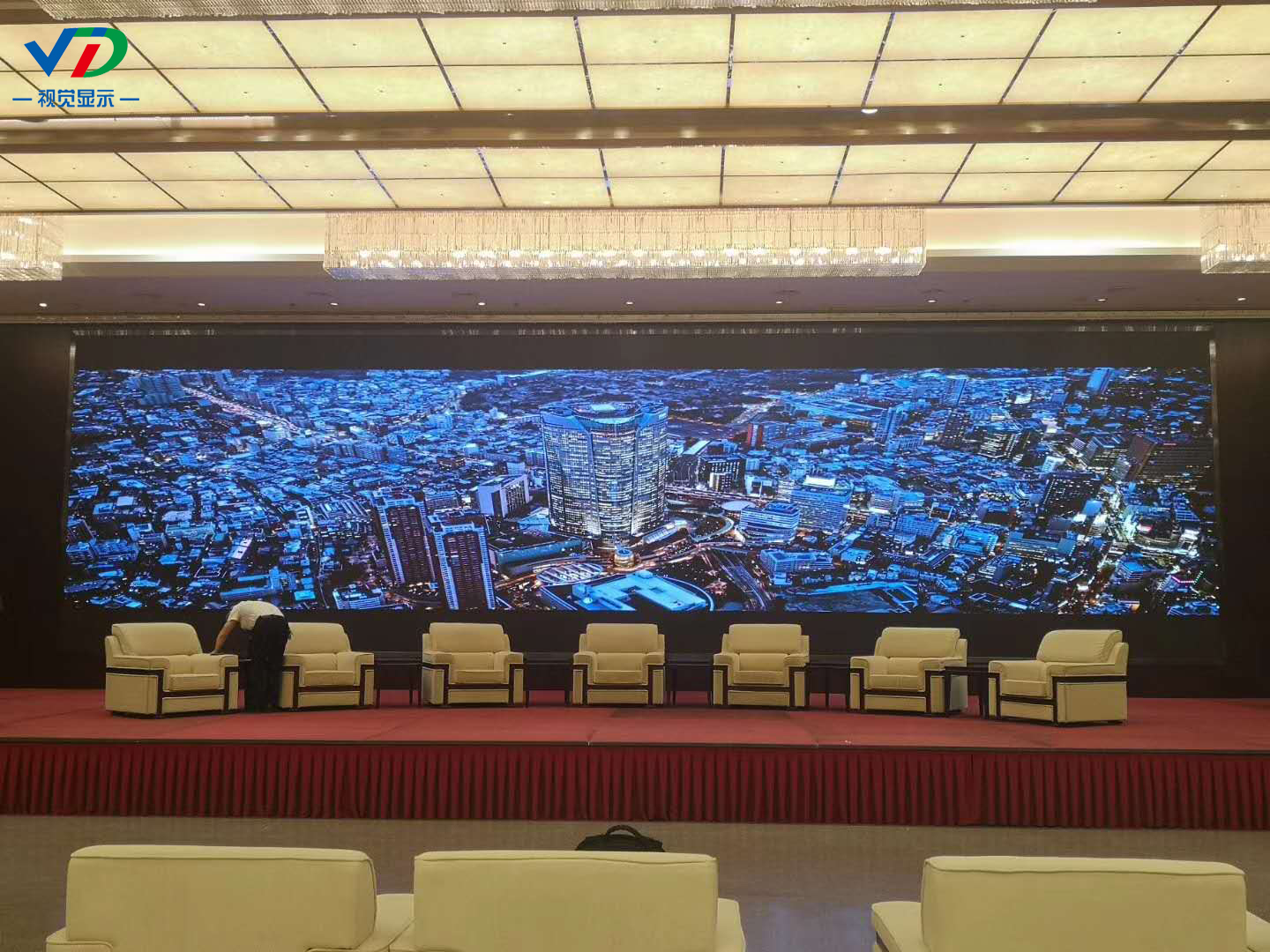 1. The screen body is not only reliable for wall installation, with a thickness of 7cm, beautiful and generous appearance, but also flush with the decorative surface to achieve the integration of screen and wall;

2. Light weight, only 10kg per square meter, suitable for any wall installation;

4. For the same wall, choose a variety of models. According to the needs of customers, you can choose products with small spacing of P4, P3, P2 and above.

5. The cost is low, because there is no need to move, so the case structure is not needed, which greatly saves the cost of the box;

7. Different use scenarios can be used in one side, two sides, three sides or even more. 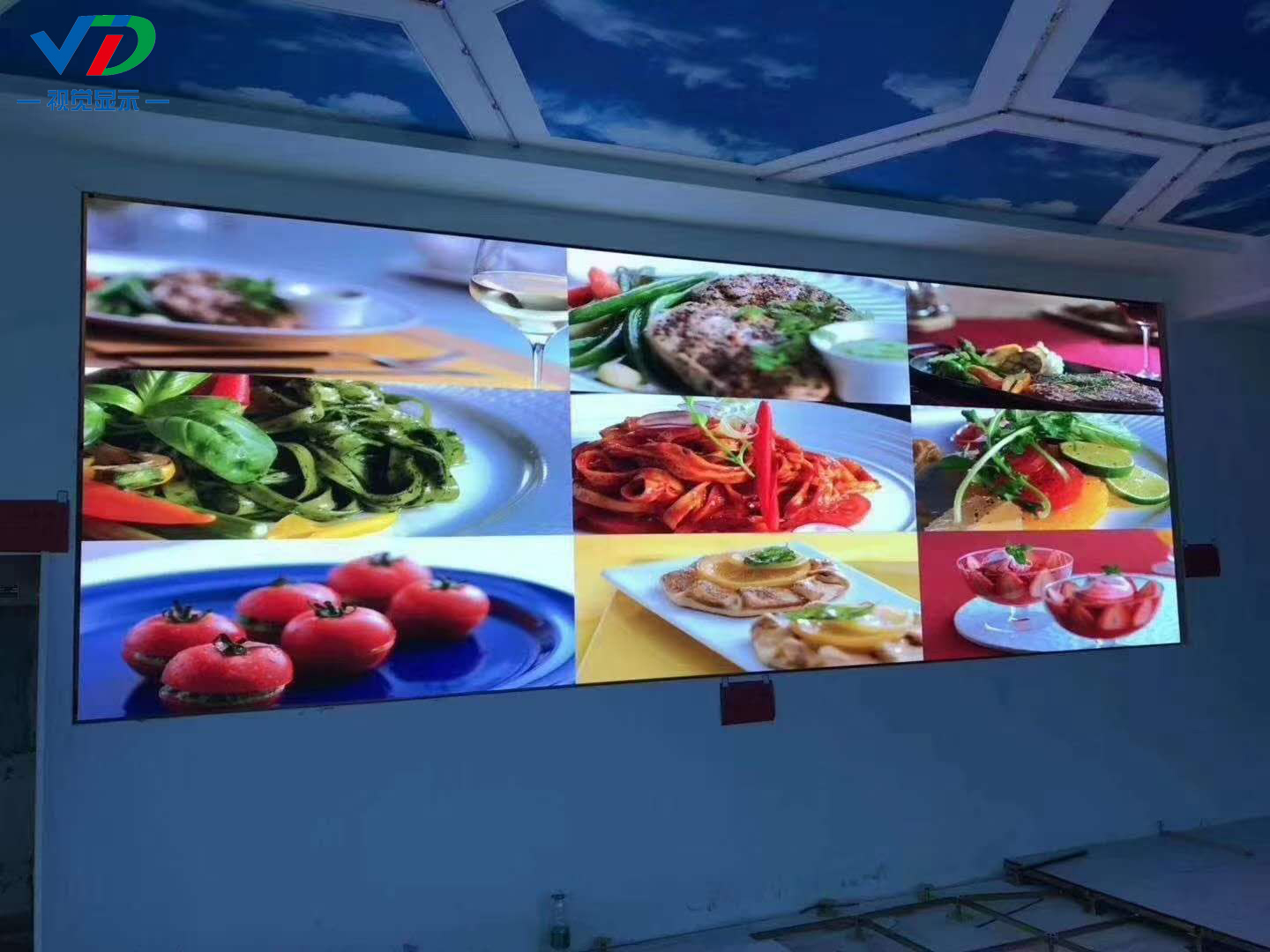 Screen structure: indoor fixed installation screen adopts high-strength magnetic absorption structure, with good front heat dissipation effect, no fan structure, no noise. Screen frame can be selected according to customer's requirements, such as black titanium, rose gold and so on. The inner part of the screen has been assembled with wire, and the outer part only needs to be connected with network cable and power cable.

Precautions: the screen body is not waterproof, and it can prevent sharp things from bumping. 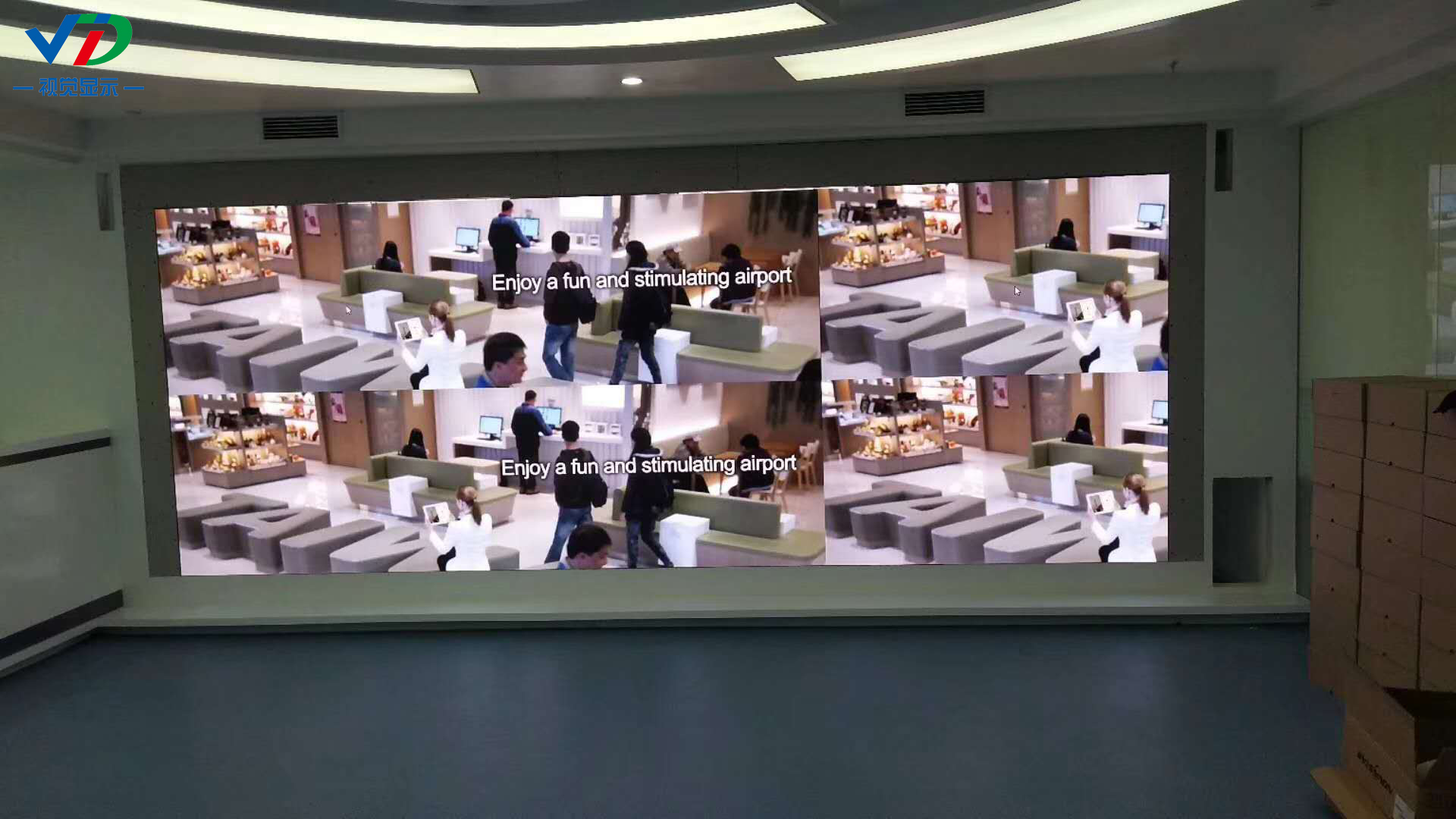