With the rapid development of VR (virtual reality) market, all walks of life also scramble to catch up with this class. For example, graphics giant Nvidia has released a number of VR cards, of which GTX 1080 and TITAN X have gained a good reputation. The following is the analysis and comparison of foreign media on the two graphics cards, and concluded that the latter is currently the fastest VR graphics card.

First, let us work together to solve a problem that I cannot bear. Nvidia really should create a new set of naming conventions. Prior to the appearance of GTX 1080, GeForce GTX TITAN X was also the king. So Nvidia is going to release an upgraded version of Titan. This is completely correct. However, they did not name it TITAN X II, nor did they give it a unique name. Instead, they only subtracted a few words from the original name. So this cutting-edge graphics card has changed from the GeForce GTX Titan to the TITAN X. Everybody who is a marketing person dares to ask you what you think.

Well, let's go back and see what features of TITAN X have been given by Technicians in Nvidia. Of course, TITAN X is based on Nvidia's new Pascal architecture. Pascal brings a new 16nm FinFET process, which dramatically increases energy efficiency and allows Nvidia to pack more transistors in the same space as before. All of this means that the speed will be faster and the fan noise will be smaller (in theory).

VR requires as much power as possible. The VR head-rendered game and application screen resolution is 3024x1680, and the speed needs to be kept at 90FPS (frame rate) to achieve this. If you fail to maintain 90FPS, the picture will become not smooth enough, and it may feel dizzy.

Pascal architecture provides a variety of VR assistive technologies. With simultaneous multi-view projection technology, we can achieve some new results. One of them is the lens matching shadow. This technology allows the VR head-rendered image to fit in with its unique size, which improves pixel shading performance. If you need to give up the generated pixels, before the picture is output to the VR head, the lens match can prevent more pixels from being generated in time.

Another technique is a single-channel stereoscopic technology that allows the left and right sides of the head to share a single geometric channel. This means that both the left and right eyes need to be completed only once, not twice.

From a parameter point of view, what would have happened to the previous generation GeForce GTX TITAN X compared to TITAN X based on the PASCAL architecture? For details, refer to the following lateral parameter comparison table. 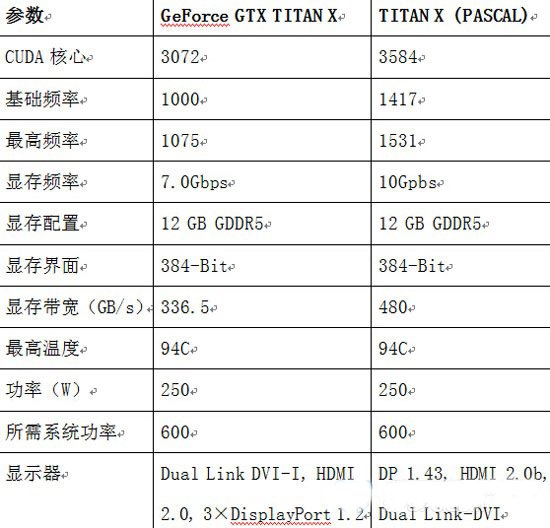 At this moment, the VR benchmark is almost non-existent. Instead, our future goal is to pick an existing benchmark with a resolution higher than 3024x1680 and a speed of 90FPS. 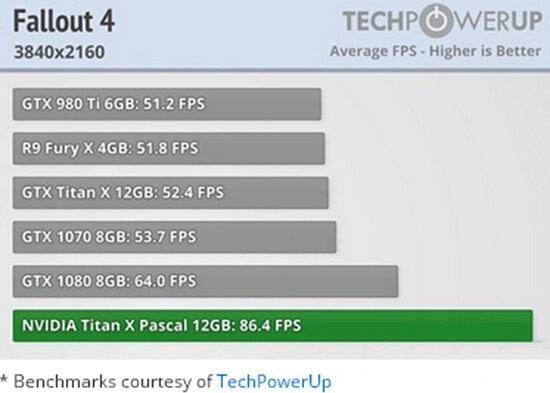 In the above "Fallout 4" example, you can see that TITAN X based on the PASCAL architecture (almost) reached 90FPS, and its resolution is 4K. Bethesda, the developer of Fallout 4, has stated earlier that the VR version of the game will be released sometime before June 2017. If you start TITAN X, you can relax your mind and it's time to play the VR version of Fallout 4. All the bells and whistling sounds in the game will be turned on.

Supersampling is an anti-aliasing format that can render the resolution higher than Rift or Vive itself. In order to achieve super sampling, some games provide built-in methods, such as "Eve Valkyrie" (EVE Valkyrie). But there are other offerings, such as "Edge of Nowhere," and "Lucky's Tale."

TITAN X can certainly supersample any current VR game. Even the "Project Cars" will leave room for super sampling.

Is the Titan X the ultimate VR video card?

The answer to this question depends on what game you want to play and your purchasing power. If you want to play "Project Cars" at the highest setting but don't want to spend too much time on supersampling, then the answer is yes. However, the main unfavorable factor is its price. The retail price of the GTX 1080 is $699, but the price of the TITAN X is as high as $1,200, which is still the price at the time of inventory.

Frankly, TITAN X is one of the fastest VR cards available today.