The price war is a double-edged sword. On the one hand, it caters to the market at a low price, lowers the profit and lowers the quality, and finally pays the price by the consumer; on the other hand, it forces the enterprise to innovate and optimize the product. In the second half of the year, the price war will continue to â€œsmotherâ€, but it has basically bottomed out and the space for price decline is getting smaller and smaller. Some small and medium-sized enterprises may be â€œshuffledâ€ in this price war, and the lighting industry will gradually become rational. Let's take a look at which companies have triggered price wars. 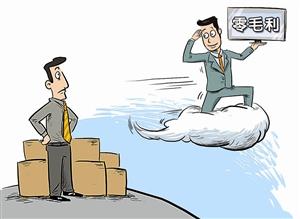 From August 20th, Philips will kill more than 30% of the 6.5W LED bulbs, and the original price of 249 yuan will sell for 169 yuan. Earlier, Philips' T5 and T8 lamps have started to buy "10 get 1 free" or even "buy 3 get 1 free" promotion! According to the person in charge of Liangmeida Lighting, one of the largest Philips lighting agents in Xiamen During the promotion period, the sales of T5 and T8 will double from the previous month. In addition, Philips launched a blood price of 5 US dollars for 2 bulbs in the North American market in May, which caused the industry to be shocked. Based on the terminal price of two US$5 in the North American market, the profit of the store and the brand is deducted. The ex-factory price of the 60-watt LED bulb is $1.50 per unit. This price supply chain is not impossible, resulting in the market price war will continue.

Comments: As a big LED lighting indicator manufacturer, Philips's big price reduction promotion action in the field of civil lighting "a stone provokes a thousand waves", some people cheer, such a promotion method can greatly promote LED bulbs, there are some people worried that Philips' goal is Guide the price down, strive for market share, brand companies that do not follow up will face the dilemma of market share.

Driven by Philips, GE also launched the GE Bright Stik LED in June, which is not only "over-popular" in appearance, but also ultra-low-priced. It costs only $10 for a pack of three, which is only $3.33, but GE said it is currently Do not plan for a single sale.

Comments: $10 can buy a pack of three Bright Stik LEDs is really eye-catching. GE Bright Stik LEDs are less efficient and less bright than their main competitor, the Philips equivalent 60WLED, which sells for $5.

On May 27, Cree announced that it will replace the 75W BR30 LED9W floodlights, from the initial $20 to $15, the new second-generation bulb will cost only $10, and the other 5000 K. bulb version will only sell for 11 Dollar. More competitive than the Philips SlimStyle BR30 LED.

Comments: The bulb is 9 watts emitting 650 lumens, equivalent to a 65W incandescent bulb, which costs only $1 compared to an incandescent LED bulb that costs $7.80 per year. The second-generation version of the bulb Cree uses a modified LED to reduce the number of LEDs, but with the same brightness. However, the warranty period has been reduced. The previous version was changed to five years in the past 10 years. This may indicate Cree's subtle strategic shift from a long-term value to a more pre-existing attraction.

Not long ago, a "price reduction notice" was circulated in a number of WeChat groups. Opto Lighting made a strong attack in the second half of the year. For the LEDT8 glass tube category, the terminal market was hit by the loss of cost. On the "price reduction notice" list, Ou Pu Lighting also posted a table of information such as product prices. The table data shows that the corresponding products of Op Lighting are adjusted to 9.90 yuan per piece. As early as April and May, Ou Pu Lighting released the wind, and launched a 1.2M LED T8 lamp with a price of 9.9 yuan for the hardware channel. I learned from the dealer of Op Lighting that the 9.9 yuan lamp is a statement to the first-tier dealers and needs 500,000 sets.

Comments: For LEDT8 lamp products, Oupu Lighting is positioned as an omni-channel large-circulation product. Oupu Lighting will open all channels to the distributors of distribution channels to operate large wholesales (retail channels may close the product). Op Lighting has a higher profit in home lighting, but light sources such as bulbs and tubes are not its strengths. This price cut may be intended to enter the low-end market.

Comments: After the products are sold out, there are follow-up after-sales, as well as the maintenance of customer relationships, which is an intangible asset for Buddha photos and a factor that can continuously create profits. In other words, the sale of the 10,000 T8, the follow-up market has been mastered by the Buddha, followed by 20,000, 30,000!

Mulinsen, who started to enter the field of lighting last year, will naturally not miss the "feast" of the "10-inch T8 tube". In June, Mulinsen started the battle of Mori, which was detonated by the T8 battle. This is the beginning of Mulinsen's promotion and promotion of the industry transformation. It is understood that the price of Mlinsen lighting T8LED tube has hit a minimum price of 8.8 yuan / branch, which is lower than the 9.98 yuan / branch of Foshan Lighting and 9.9 yuan / branch of Op Lighting. Mulinsen lighting is available in aluminum plastic and glass. Among them, the order quantity of glass material lamps is more than 10,000, which can be delivered at the wholesale price of 9 yuan/piece. Mulinsen believes that the T8 lamp is only the tipping point of this war, and Mulinsen will fight for the last mile of LED popularization.

Comments: Since Mulinsen's "Ten Battle" detonated by the T8 lamp battle, the market has responded quickly. Hunan, Gansu and Hubei have launched the theme of "Direct Pipe, Cool Summer". From June 28th to July 15th, terminal distribution customers and ordinary consumers can enjoy the "freezing point" price of T8 aluminum plastic tube 12.8 yuan / support. At the same time, there were more than 800 sales outlets in the major lighting stores in Wuhan. More than 800 sales points spontaneously organized and promoted the Mulinsen â€œLamp Festivalâ€, which strengthened the influence and popularity of the Mulinsen lighting terminal market.

NVC lighting products have also dropped by 20%-30% under the pressure of price wars. For LED T8 lamps, the price at the time of listing is around 100 yuan/piece. In 2014, the price has stabilized at 40 yuan/piece, but Even under such circumstances, NVC Lighting's products can still maintain high sales in the Shanghai market. In 2015, under the clamour of price wars of major brands, NVC appeared to be relatively low-key and did not take the initiative to participate in price wars. The price of NVC products is also correspondingly lowered, but the price reduction is still lower than the industry.

Comments: NVC lighting sales channels are relatively stable, so for the price war, they do not want to participate in it, too much to push down the price of the product. Relatively speaking, they are more willing to cooperate with companies to develop this way to win. However, in the face of the price war provoked by the peers, I am afraid that it will also be Yamanashi.

T8 lamps are alternative lighting and play a leading role in lighting companies. Around February of this year, the price of Osram, which insisted on high prices in the first-line brands, was also lowered to below 20 yuan. Osram's LED T8 lamp has experienced a triple jump from 90 yuan to 50 yuan to less than 20 yuan.

Comments: Osram has been striving for stability and is more cautious about price wars. This year, many LED brand movements are quite large. As Osram's products are positioned in the middle and high-end, the emerging LED brands have a greater impact on Osram in terms of product prices. At the same time, downstream merchants generally reflect higher prices. At present, the most circulating products of OSRAM products in the market are bulbs, PAR lamps and other light source products, and the price is high, and the future battlefield may be transferred from physical stores to online.

Recently, Qinshang Optoelectronics released promotional information through official WeChat and professional print media in the industry. The slogan â€œas low as 60% offâ€ is quite eye-catching. The price reduction promotion mainly focused on circulation products, and adjusted the monthly sales price of the 15 series of 114 products of Qinshang and Jie Nengshi, the highest price adjustment is about 40%. Among them, the highest price is the Jingliang series of bulbs and ceiling lamps, with a range of up to 40%, which is the lowest price since the release of Qinshangjie. At the same time, this promotion program has joined the promotion of the main brand channel products, such as Mingjia series ceiling lamps, downlights, alum series bulbs, Ming companion series lamps and other products. Comparing the price list sent to the agents before Qinshang Optoelectronics, the adjusted price is indeed a new low in the history of diligence.

Comments: Diligently chose a more popular product category to join the promotion plan. It seems that diligently, at all costs, respond to competition and drive sales.

Around June, Teyous also issued a notice of unified market distribution price. The price of 16W Xiaowei T8 glass tube was 9.9 yuan, and there were 6 to 7 yuan T8 glass tubes on the market.

Comments: The market for LED T8 lamps has been rising, and the war has spread to the red sea of â€‹â€‹LED lighting, which has led to a sharp increase in the pressure of the low-cost LED lighting industry.

On June 4, according to news from industry lighting people on WeChat, the shipment price of Huaqiang Benbang LEDT8 lamp is intended to be 6.8 yuan.

Comments: This is after the Foshan Lighting, Mulinsen, Op Art and other brand enterprises joined the "light tube price war", another company joined the strong, at this point, the lamp price has once again continued to show the lower limit, the 6.8 yuan lamp can achieve profitability in the end, unknown.

Blind "price war" is extremely unfavorable to the development of the enterprise itself or the development of the industry. Under the premise of the economic downturn, we should rationally look at the status quo of the industry. Enterprises can only keep up with the pace of the times, change the traditional concept of their own operations, accurately analyze the industry situation, do a good job of planning, continue to carry out research and development and innovation, tap the potential demand of the market, find the advantage products suitable for the enterprise itself, and compress the product line. The market has broken through and won the market. 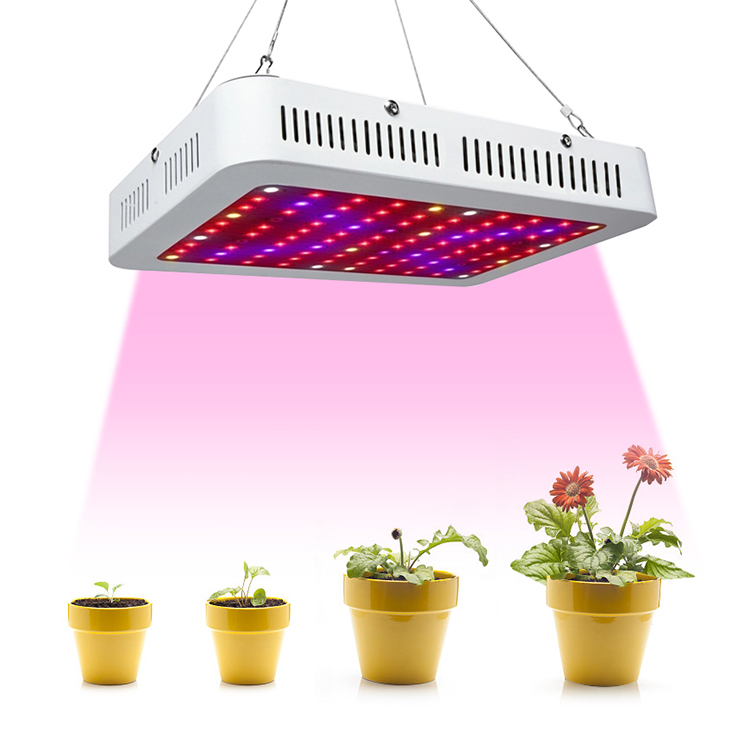 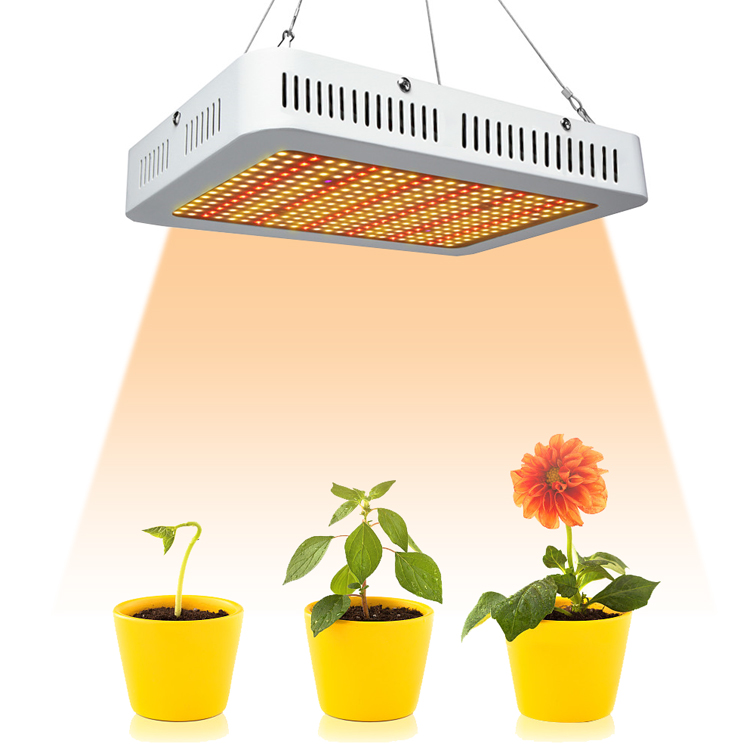