Environmental protection, elimination of outdated storms have not stopped, and the trend of lead-acid battery industry affected by this has drawn attention.

â€œWith the shutdown of some companies and the replacement of new batteries from lithium-ion batteries and fuel cells, the growth rate of the entire lead-acid battery industry has gradually slowed down.â€ China's lead-acid battery business transformation and capital operation strategy was recently released. The study" report said.

The report also pointed out that the lead-acid battery industry not only faces the large-scale replacement of secondary batteries represented by lithium-ion batteries, but also faces the pressure of large-scale environmental protection and renovation. It is reported that the main pollutants in the lead-acid battery industry are lead smoke, lead dust and lead-containing waste water, which mainly come from production and recycling. The recycling of used lead-acid batteries is currently the biggest cause of pollution in the entire industry.

Because the lead-acid battery contains a large amount of lead, sulfuric acid, etc., it is easy to cause environmental pollution during production and recycling, and lead to lead poisoning. The reporter learned that since 2010, the "blood lead incidents" that have erupted in Zhejiang and other places have also aroused the attention of the competent authorities. Special measures for environmental protection have been taken in a large number of provinces and cities in Zhejiang, Guangdong, and Henan.

After the Ministry of Environmental Protection's "Notice on Strengthening Pollution Prevention and Control of Lead Storage Batteries and Recycled Lead Industry" was issued, more than half of the country's lead-acid battery enterprises were ordered to suspend production for rectification, and the recycling of lead-acid batteries was becoming increasingly severe under the increasingly severe environmental protection situation. It is particularly important that the recovery of the entire lead-acid battery will be gradually standardized.

The four major areas supporting the growth of the huge market space downstream of the lead-acid battery industry will prompt the industry to maintain a certain degree of growth in the coming period. The report pointed out that from a global perspective, the lead-acid battery market in 2010 was US$36.2 billion, up 8.6% year-on-year. It is estimated that by 2015, the overall market size of lead-acid batteries will still maintain an annual growth rate of 2% to 5%. . Compared with nickel-metal hydride batteries, with a market size of approximately US$2.8 billion and lithium-ion battery US$10 billion, lead-acid batteries are still the worldâ€™s highest share of energy storage devices.

The report believes that compared to other new secondary batteries, lead-acid batteries occupy a relatively high market share in the field of secondary batteries due to their safety, stability, and cost-effectiveness, and are widely used in automotive start-ups, power batteries, and backup and storage. Can battery and other fields.

Automotive starter batteries are the most traditional and largest application of lead-acid batteries, accounting for more than half of the lead-acid battery market. As one of the vehicle accessories, the demand for starting batteries for automobiles will continue to grow rapidly with the rapid development of the automobile industry. Automotive start-up batteries are consumables used by automobiles and need to be replaced on a regular basis. At present, the countryâ€™s vehicle ownership has exceeded 100 million, and the increase in car ownership has also added to the increase in demand. In the good market environment where the production, sales, sales, and quantity of automobiles have reached new highs, the automotive start-up battery market is ushering in a steady and rapid growth.

The battery life of an electric bicycle is about 1 to 2 years. The demand for lead-acid batteries is not just a complete vehicle market every year. The greater demand is for replacement of the market. At present, the number of electric bicycles is nearly 170 million. The annual demand for replacement of batteries will reach 100 million units in the field of new energy vehicles, and lead-acid batteries will be another major application area for power batteries, mainly in hybrid electric vehicles and low-speed electric vehicles. market.

As a representative of the lead-acid battery industry listed company, camel shares deputy director Wang Congqiang said in an interview with reporters that the company has completed the elimination of backward production capacity in 2011, will not affect the company's 2012 performance, the company will continue Expand production capacity. It is reported that camel shares in the 2011 annual report and the first quarter of 2012 showed that the company's net profit increased by 24.49%, respectively, 27%.

The degree of concentration is expected to enhance reporters' interviews. It was learned that in 2011, the "blood lead incident" in Zhejiang and other places caused the government authorities to pay close attention, and took special environmental protection rectification and instructed enterprises in a large number of provinces and cities in Zhejiang, Guangdong, and Henan. Discontinue production and check the safety protection distance.

Taking Zhejiang Province as an example, 328 enterprises have banned and closed 216 companies, suspended production and rectification of 99 companies, and the total output of normal production enterprises accounted for only 8% of the province's total output in 2010. Judging from the consolidation of Zhejiang, Guangdong, Hebei, Hubei, Jiangsu, Shandong, Anhui, and Sichuan provinces, there will be a large number of companies that have the potential to rectify or even shut down. Industry consolidation also involves listed companies. Judging from the announcement, some of the leading companies represented by Camel, Fengfan, and Nandu Power have partial production lines that have been affected to varying degrees due to rectification and closure.

In fact, the concentration of lead-acid battery industry in China is extremely low. According to data provided by CCID Consulting, there are more than 2,000 domestic lead-acid battery companies, including about 10 companies with output value exceeding 2 billion yuan, and about 260 companies with over 100 million yuan. The industry is very fragmented, with CR4 (top 4). The market share of an enterprise is only about 25%, which is far lower than that of the United States, Japan and other countries.

However, as the national environmental protection agencies increased efforts to rectify the industry, a large number of lead-acid battery companies were forced to suspend production for rectification. According to the "Acceptance Conditions for Lead-Acid Battery Industry," which was implemented on July 1, this year, the industry is expected to continue for the next three years. Two-thirds of the backward production capacity will be eliminated, and lead-acid battery manufacturers will be reduced from 2,000 to less than 300.

According to industry analysts, in the medium to long term, the introduction of conditions for suspending production, rectifying, and admitting environmental protection departments will promote the speeding up of investment by existing enterprises and implement technological transformation to increase the scale of production capacity. Some enterprises with backward technologies that cannot guarantee environmental protection will be eliminated. Industry resources will be concentrated in the hands of powerful companies, which will help improve the industry's technological level, thereby increasing industry concentration and creating a new market structure.


2. NC output can control all kinds of electric lock


4. Automatically cut down power or burn out fuse when short circuit and other accidents happen


6. Apply to all building intercom and access control systems, particularly for driving all kinds of electric locks


7. Lessen the load of access controller ,Save project wires.

8.  With UPS terminal which can connect with battery.

This Uninterrupted Power Supplies are widely used to Building intercoms and kinds of access controllers, especially for kinds of electric locks and bolts. 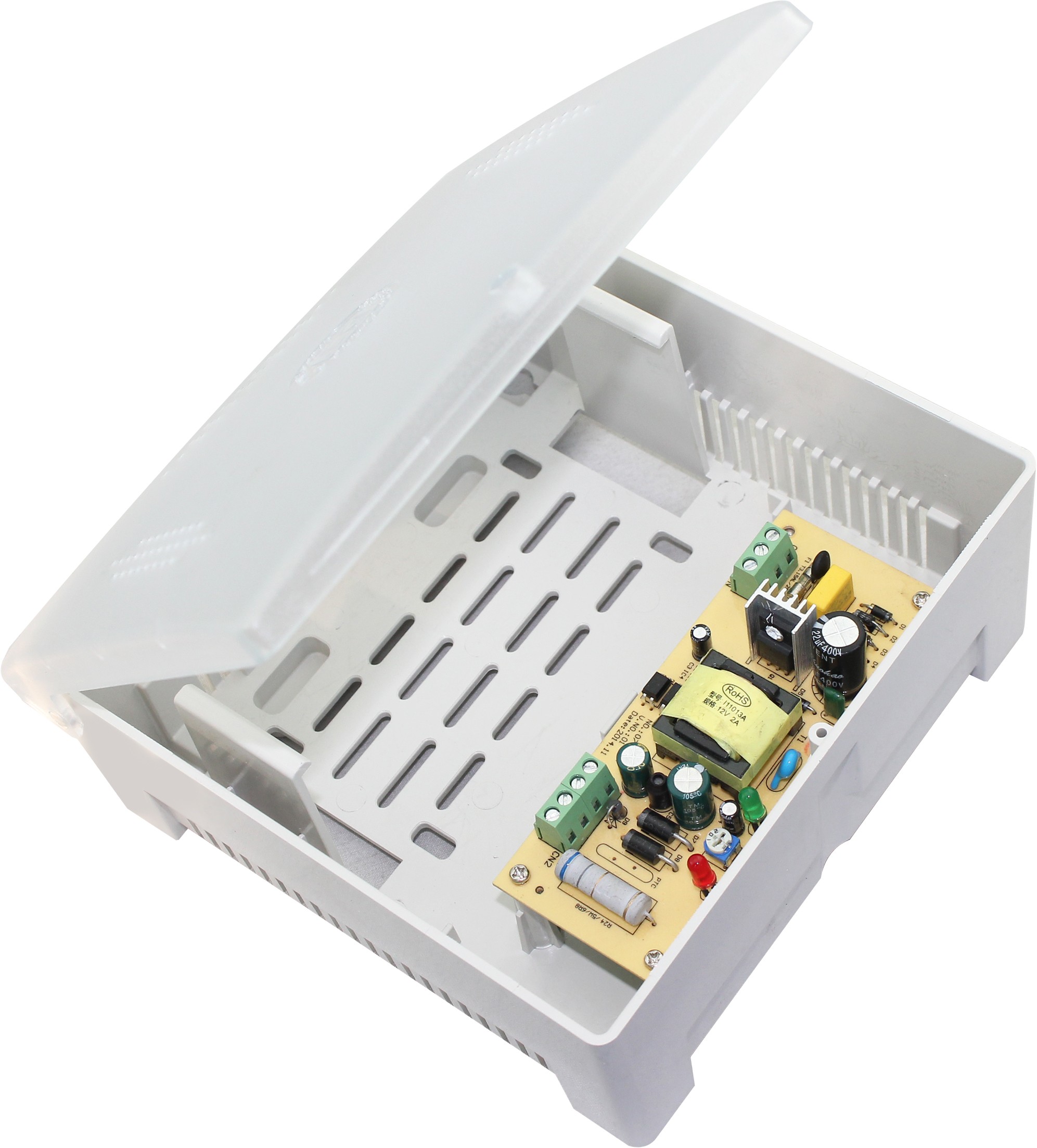 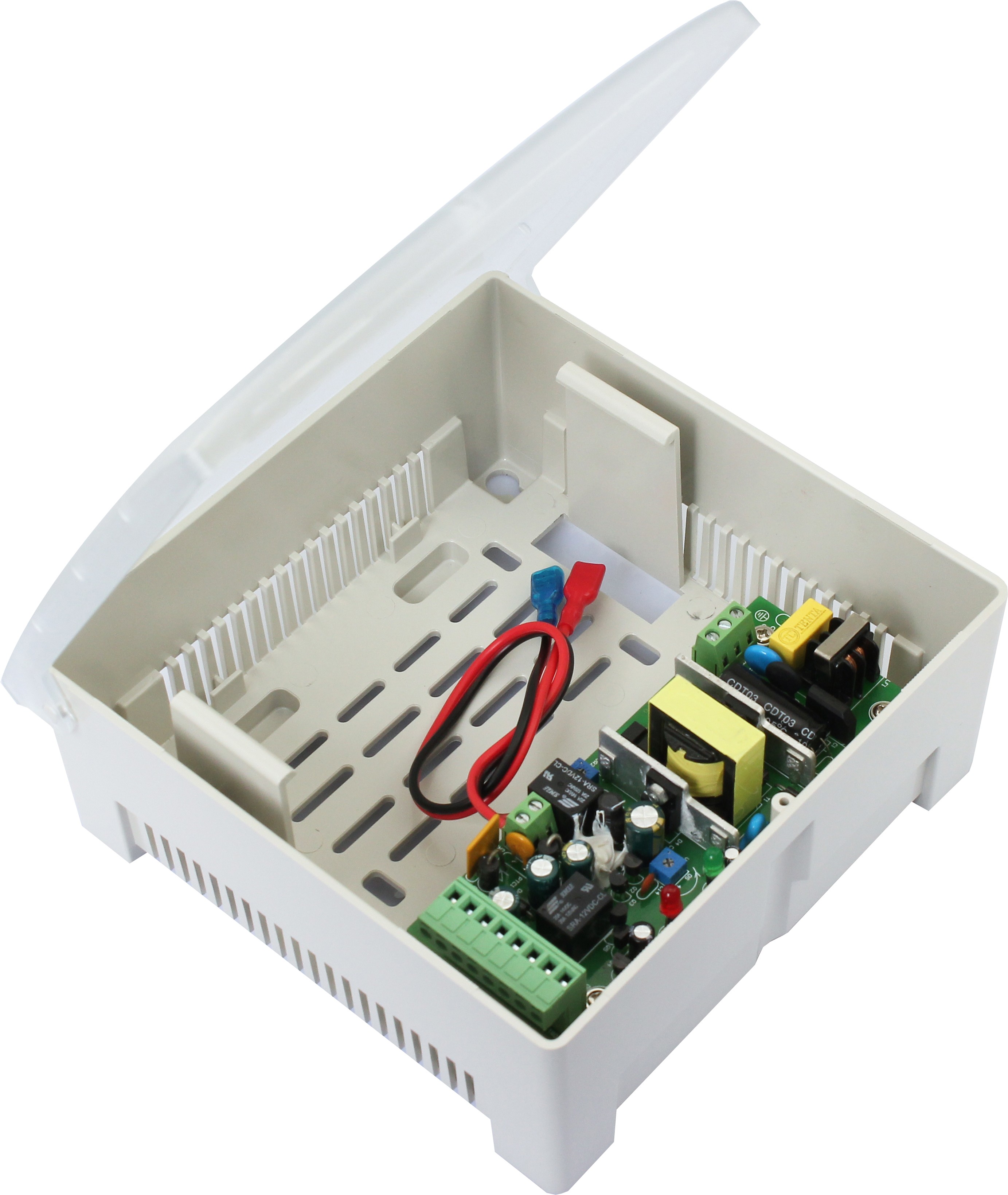