This year, the hottest live and the hottest VR will always appear together in the headlines. In October last year, Turner Sports and NextVR teamed up to bring a virtual reality 180-degree NBA video live broadcast to the fans. In June of this year, Liu Yanâ€™s VR live show debut, the live broadcast began in just 30 minutes, and fans paid more than 4 million.

Real-life limited VR live VR live broadcast, live feeling, immersion, and even business prospects sound very good, but the real experience? I personally experienced the final VR live broadcast of "I am a singer". After I entered the VR version through VR eyes and mobile phone, I was able to look around after the singer finals. Everyone is looking forward to the opening of the final. Everything around me is exactly the same as the scene, full of immersion, I can hear the voice of the singer on the stage, the crowd cheering or excited screams, but sitting there I feel like a ghost, because I saw it Everything on the scene, but I can't communicate my emotions with the audience sitting next to me, I can't scream and scream, and I can't even get a microphone because there is no other way to interact. Bo expressed his feelings. 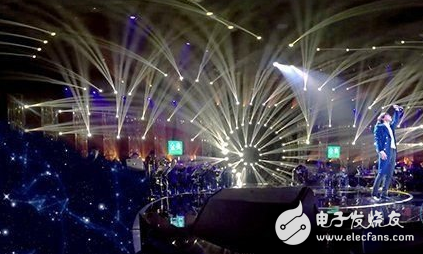 This is my first VR live broadcast experience. To be honest, VR has restored a wonderful live environment for me, but it feels like a ghostly experience that has been ignored by the whole world. It feels really bad. As it looks like this, I may prefer to face the phone or computer screen. At the very least, I can also express my thoughts. And VR itself has a fatal flaw that is difficult to share. I sat at home with a helmet to watch VR live, but the friend sitting next to me didn't feel at all, even couldn't communicate, because I saw that he didn't see it, even if I described it to him, it still didn't help. If you think about it from this point, VR live broadcast is not as good as TV when you were a child. At the very least, he can gather his family together and enjoy the fun of sharing and sharing. What is the latest survey result that VR live broadcasts can bring to the players, the top three VR content that consumers are most interested in are travel, movies and live broadcasts. According to VR live broadcast, domestic video Internet companies such as LeTV, Youku, and Aiqiyi have included live broadcasts in their respective VR strategic plans, and started with professional VR live broadcast service teams such as Qiwei, Mido and Weishen. Cooperation, and the current mobile live broadcast platforms such as pepper, dragon and pearl, etc., in the face of VR live broadcast, have also launched a lot of trials.

The Goldman Sachs VR report released by VR Dimension shows that by 2025, the market space for VR live broadcast will reach 202.5 billion US dollars, and the sense of presence it brings can not be replaced by other technologies. As a hot topic this year, VR is not only sought after by capital, but also attracts the attention of global players. Faced with the growing popularity of VR games and PS VR on the steam platform, more and more gamers can enjoy the amazing feeling brought by VR games. In order to prevent VR games from always showing your own high play and others only have a face-like state, the VR broadcast team tried the VR game live broadcast some time ago, which is to merge the characters and the scenes in the VR game. The PC push stream method, the process of playing VR games is flattened and broadcasted live. Although this effectively compensates for the shortcomings of the VR world that cannot be shared, the difference between the viewers and the players themselves is still very large, and because the viewers and the gamers are in different environments, if they use the first The angle of view is very strong, so the overall effect is average. Although the team's attempt was unsuccessful, it confirmed one thing. VR's perspective and the world are really not so easy to share.

High fidelity popular in -ear and non-Detachable Earphones. suitable wire length with good sound quality,it can be use for computer, mobile phone, portable media player.Easy to carry no mater you are running or working.